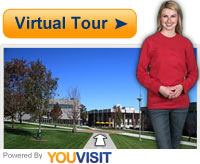 Pennsylvania State University is located in University Park. It is a state-related, space grant, land grant public research facility. Also known as Penn State, the school has twenty-four campuses in Pennsylvania. University Park is the main and largest campus.

On February 22, 1855, Pennsylvania State University was established as the Farmer's High School of Pennsylvania. The name was changed to Agricultural College of Pennsylvania in 1862. In 1863, with the passing of the Morrill Land Grant Act, the school was chosen to be Pennsylvania's only land grand college. Within the next few years, enrolment fell because students were only able to acquire and agricultural education. In 1882, when George Atherton became president, the curriculum was broadened. Engineering studies were then offered. Penn State became one of the ten largest engineering schools in the US.

By the early 20th century, Penn State had grown considerably. In 1936, satellite campuses were established by President Don Hetzel in order to allow students of the Depression era to attend college. Since these students were needed to work at home during that time, without the satellite colleges, they wouldn't have been able to further their education.

School President Milton S. Eisenhower changed the name of the college to Pennsylvania State College in 1953 and the institution became state-related in 1970.

The University Park campus has 13 distinct colleges. They are:

Since 1945, the Applied Research Lab has partnered with the United States Department of Defense. Research is primarily in support of the US Navy.

Pennsylvania State University has one of the largest Greek communities in the US. In 1888, the Penn State Glee Club was founded. It is the oldest student organization on campus. Each year the Glee Club takes a spring break tour, which has taken them to a multitude of destination world-wide.

The Penn State Paranormal Research Society has earned an abundance of media attention in recent years. The A&E Network is working with the university to develop a reality series. Some filming will be done on campus.

Each year in February, students take place in the Penn State Dance Marathon. Millions of dollars are raised annually for pediatric cancer care and research.

Penn State's student newspaper is The Daily Collegian. Since 1996, an online version called The Digital Collegean has appeared online.

Radio station WKPS-FM was founded in 1995.  It broadcasts from the ground floor of the HUB-Robeson Center. It serves the State College and Penn State communities.

At one time a type of mountain lion roamed the University Park area. The Penn State mascot is the Nitany Lion. Some Penn State teams include:

There is much to see and do in the University Park area. Take in the Arboretum at Penn State, which is also known as H.O. Smith Botanical Gardens.

Visit Penn State University creamery, also known as Berkey Creamery. Enjoy an ice cream or sherbet or purchase delicious cheese, all produced by the Department of Food and Science.

Take in a football game at Beaver Stadium or enjoy a basketball game at Bryce Jordan Center. Whatever you chose, there is a wide variety of attractions and events in the University Park area. Be sure to check for dates and times.

The information regarding admissions below may provide a better idea of the applicants Pennsylvania State University accepts. The details may include application requirements and recommendations, as well as any AP or college credits that may be transferred.

The average "out of pocket" cost of attendance, after any grants and scholarships are considered, is around $26,200. In order to calculate a more accurate and detailed cost of attendance check out their cost calculator here. There is also a $65 application fee for those applying to a program. The figures listed below are for informational purposes only and do not represent current or future tuition, fees, and expenses.

The information below lists the financial aid types students are receiving. Also shown are the percent of students receiving aid and the average amount of aid per student per year.

To help support students, Pennsylvania State University may offer services to students like those listed below:

Pennsylvania State University is a Member of National Collegiate Athletic Association (NCAA), with many of the sports being in the NCAA Division I-FBS classification. The most popular sports played are listed below:

Get more information about the programs offered by Pennsylvania State University by clicking the request information to the right.

The list of schools below have been selected by researching which schools offer similar programs to Pennsylvania State University.

Also, you can compare schools by looking through our list of colleges & universities: